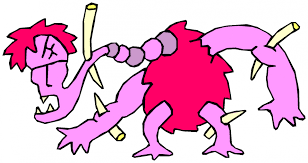 There are three ways you can declare and assign in JS in 2020:

To understand the difference between let and var, you can refer to this excellent answer on StackOverflow.

I’m here today to make the case for const.

When you use var or let in a declaration with assignment, by which I mean:

You are communicating to the world - by which I mean machine reasoners (like ESLint, your IDE’s language service, and the JS run-time itself) and other programmers:

What this means for other programmers is that when they encounter this reference later in the code base, they have to go back through all the intervening code, and mentally execute it to reason about its value at that point in the code.

This is a source of complexity in comprehending and working with a code base.

For machine reasoners, their ability to detect errors related to this reference is weakened. They cannot, for example, detect an error where you mistype a variable name and assign a new value to this variable when you meant something else; or if someone reuses the variable name in an enclosed scope but forgets to declare it, like this:

For runtimes, a const declaration can be replaced with its value inline. To do this with a var or let that is never reassigned requires an optimizer to run all possible code paths involving that reference.

I see programmers declaring assignments using var and let where the assignment does not change during the lifetime of the reference.

In this case, it is quite simple: the declaration is misstated. The programmer has miscommunicated their intent. They do not intend the reference value of the assignment to change over the course of execution. In this case, the term that matches their intent is const.

Recommendation: For all simple values that do not change (like a URL string), use const.

One characteristic of JavaScript is that objects, including arrays, and assigned by reference.

This statement is deceptively complex:

There are in fact three distinct things going on in this one statement: declaration, assignment, and object creation.

First, a variable is declared: var a.

Next, an object is created: []. It is an object with its own independent existence. It occupies its own location in memory, distinct from the variable a, and has its own lifecycle, managed by the JS runtime Garbage Collector.

Finally, a is assigned the value of a reference to the array.

So a is a reference to a pointer, and the reference can be used to access the value that pointer points to.

In this case, that pointer points to a newly created array, which exists somewhere else in memory.

You can validate that the created object exists independently by running the following code:

When you run this code, whether in Node or a browser console, you will see that a first refers to an object, then refers to undefined.

However, the object that got created continues to exist, and keeps logging.

Although we say loosely that “a is an object”, in fact a is a reference to an object that exists independently.

When a novice programmer creates a statement like var a = [], they may reason: “I want to mutate that array, so I need to declare it as var, so that it is mutable.”

If you declare a as a const you do not make the object immutable, you make the reference immutable.

So in most cases, use const for object references as well. For the same reasons as value references: safety, code comprehensibility for humans and machine reasoners, and optimization (that last one is low on the list, but I include it for completeness. Your code runs slow for many other reasons).

The case against mutation

I am going to expand my case against var and let. Thus far, I have simply argued for correctly expressing the intended mutability of a reference / value by declaring something as const when the referee is not intended to change during the course of execution.

That is simply accurately expressing programmer intent in the syntax, and is non-controversial. Just accurately declare it.

Now, I am going to make a further case: that using actual mutable references (and mutating them) increases code complexity.

I think that in many cases that the number of actual variables in most code will be significantly reduced by simply declaring them as what they are: references whose referee does not change over the course of execution (ie: const).

What remains after this “rectification of names” are references whose value changes over the course of execution (actual variables).

All of these are actual reference mutations that require the use of let or var.

Note that members.push(newMember) mutates the contents of the referenced array, and thus members itself can be declared as const. I’m not advocating using Array.push, and will deal with it further on.

All of these mutable references create code that is complex to reason about, and can lead to couplings that are hard to test, because they represent state.

Valid use of variables

Valid uses for a variable can be to represent internal state, for example:

In this example, we need a variable to represent the connected status of our GRPCConnection. It is literally its state, and we have no other way to represent it (we assume here that the object returned by gRPC() does not capture and expose it).

This is the correct use of a variable. It represents (models) some real mutable state in the system - rather than creating mutable state where none exists.

However, externally, we do not expose state. We return a const value that represents the state of the connection at a point in time. That doesn’t change. It is an immutable statement.

This custom state machine is hard to test. It has a hard dependency on gRPC, which provokes the state transitions.

To make this state machine testable, we would want to inject the gRPC implementation like this:

This one simple change means that instead of directly referring to the gRPC implementation, our custom state machine can have one injected, so we can now create a mock gRPC() to exercise it in automated tests.

There are many reliable state machines that encapsulate mutation available to the JS programmer, particularly in the Array methods, such as filter, map, and reduce. Most transformations can be accomplished using these.

In cases where you do, genuinely, need to use a variable, it should be inside a testable state machine, not inline in function code.

“What about the application state?” I hear you say.

This brings us back to Array.push. Your code probably wants to update the application state. I recommend putting that code inside a state machine and encapsulating mutation there, behind a singularity, in a testable black box. And from that black box return immutable values that represent the state. See the article “Avoiding Global Mutable State in Browser JS” for a demonstration of how to accomplish this.

Outside of actual state machines, there is no need to use variables.

If you find yourself using a variable, take another look.

Are you building an actual state machine?

If no, then use const.

If yes, first check to see if a well-tested, existing state machine, like an Array method, can do what you want to achieve.

If not, then refactor the code to put your state machine in its own isolated context, with no side-ways dependencies, so you can test the operation of the state machine itself.

The complexity of your code will go down, and its reasonableness, for humans and machines, will go up.